Declaring Anti-Japanese War in Reliance on the People 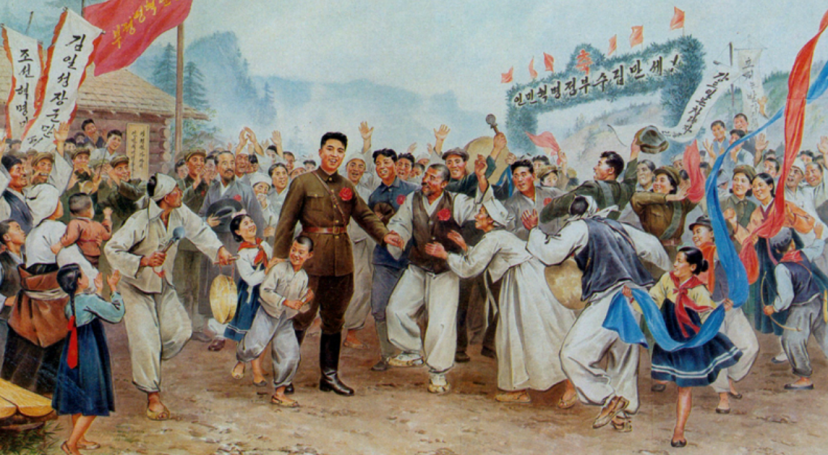 Comrade Kim Il Sung, who was waging revolutionary activities in Jilin of northeast China in his early years with an ambition to liberate Korea, was arrested by the reactionary warlord in the autumn of 1929 because of the incident of a reading circle of students of Jilin Middle School No. 5.

During his several-month-long struggle in prison he analyzed the experience and lessons of the national liberation struggle and the communist movement of the Korean people.

Based on them, he believed that the revolution of one’s country would emerge victorious only when it was undertaken on one’s own responsibility and by the efforts of one’s people, and that all the problems arising in the revolution must be solved independently and creatively.

After his release from prison in May 1930, he first visited the house of Rev. Son Jong Do to express gratitude to his family for their unceasing concern for him over the seven months he was in prison.

The minister asked him what he was going to do at a time when the Japanese imperialists might invade Manchuria at any moment.

Kim Il Sung opened up his decision he had made in prison.

“I am going to raise a large army and fight a decisive battle with the Japanese imperialists, and that’s all.”

The minister looked at him in surprise because he could not believe Kim Il Sung’s decision to fight with guns Japan which was one of the five world powers. He said the Righteous Volunteers and the Independence Army were nothing when confronted with Japan’s modern weapons.

The remark represented his anxiety how could Kim Il Sung defeat the Japanese by relying on what.

Kim Il Sung realized that the question was an urgent, serious problem for the Korean revolution.

By relying on what?

Kim Il Sung made clear the answer at the meeting of Party and Young Communist League cadres held in Mingyuegou in mid-December Juche 20 (1931).

He stated his steadfast will to the participants in the meeting:

“We are the sons of ruined people who have been deprived of all their state power, territory and resources. We are empty-handed young people who are now living in a foreign country. However, we have not hesitated to challenge the Japanese imperialists. What is it we are relying on in doing so? We have decided to start an anti-Japanese war by relying on the people. The people are the state, the people are the home front and the people are the regular army. When the war starts, the people will become soldiers and rise up. Therefore, the guerrilla warfare which we shall wage can be called a people’s war.”

Kim Il Sung, who declared the anti-Japanese war with absolute trust in the people, achieved the historic cause of Korea’s liberation, always relying on their strength.