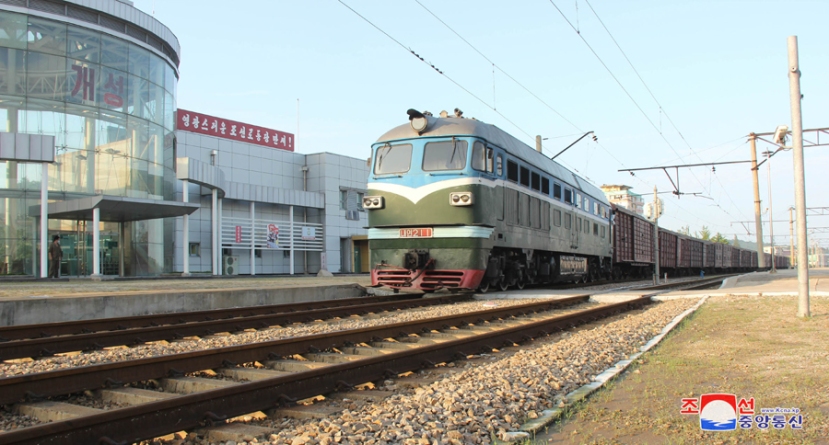 The Central Committee of the Workers’ Party of Korea prepared special aid materials for the people in the totally blocked Kaesong City.

As regards the dangerous situation in Kaesong City that may lead to a deadly and destructive disaster, the WPK Central Committee made sure that the state emergency anti-epidemic system was shifted to the maximum emergency system and took one emergency measure after another for stabilizing the living of the people in the locked-down Kaesong City. This time, it showed a great love of sending lots of food and subsidy in special aid. 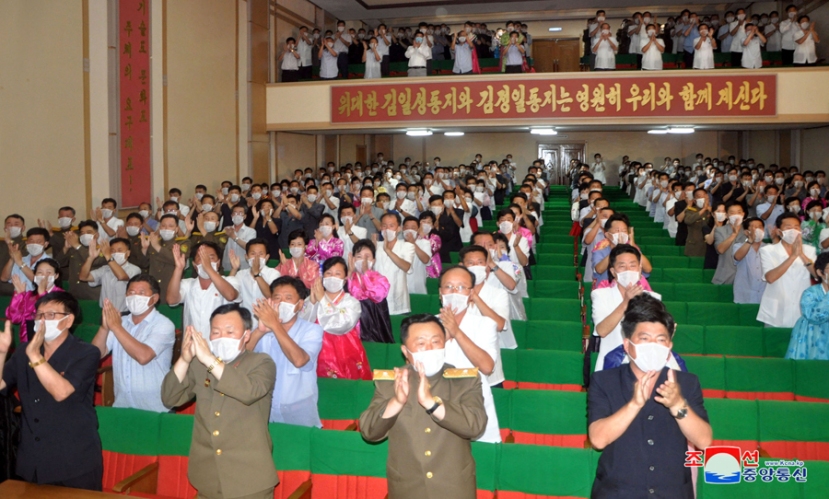 A meeting was held at the conference hall of the Kaesong City Committee of the WPK to convey the aid materials bestowed by Supreme Leader Kim Jong Un on the Kaesong citizens.

Ri Man Gon, member of the Political Bureau and first vice department director of the WPK Central Committee, made a speech for conveying the aid materials.

The speaker said the Supreme Leader has made sure that emergency measures were taken for supplying food and medicines right after the city was totally blocked and this time he saw to it that lots of rice and subsidy were sent to the city.

The Supreme Leader, saying that he is concerned about the Kaesong citizens day and night and he would be relieved if his humble sincerity would help encourage and hearten the Kaesong citizens, placed great trust on all the officials and people in the city that they would overcome the difficulties with confidence, the speaker said.

The Supreme Leader said that the inconvenience suffered by the Kaesong citizens is precisely the pain of the Party, taking care of them is the deserved duty of the mother Party, and that he would be with them all the time, encouraging the Kaesong citizens who turned out in the campaign for checking the spread of the malignant virus, the speaker noted.

He called on all the officials to do their best to stabilize the living of the inhabitants by giving full play to the spirit of making selfless, devoted efforts for the good of the people, bearing deep in mind the noble intention and earnest request of the Supreme Leader

The speakers said that the Supreme Leader paid deep attention to the supply of food, edible oil, living necessities, electricity and coal from the first day of the lockdown of the city, noting that the love shown by the Supreme Leader knows no bounds.

They called for tackling the present pandemic crisis without fail, by firmly trusting the Party Central Committee only and being rallied closer around the Party.

After the meeting, the participants gave vent to their excited feelings, hardly repressing their emotions.