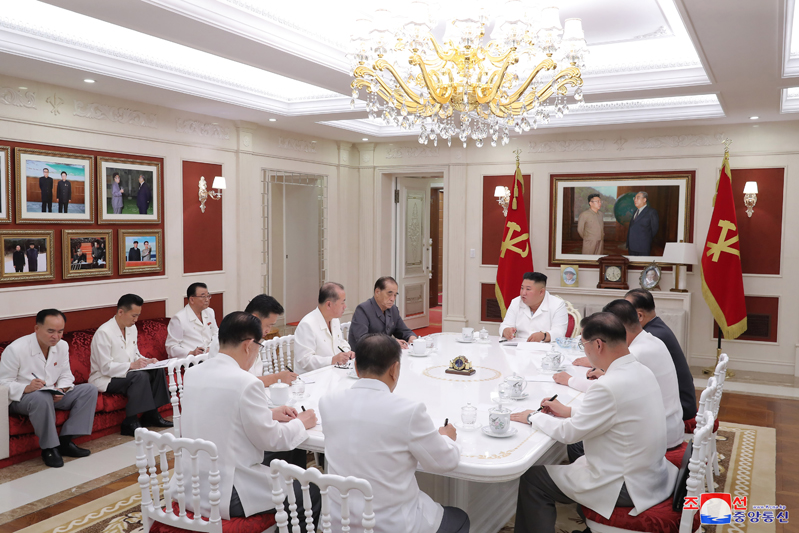 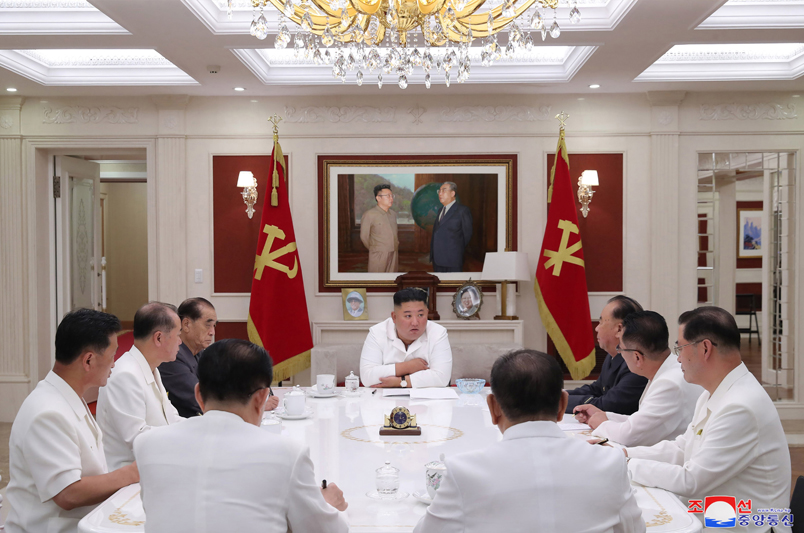 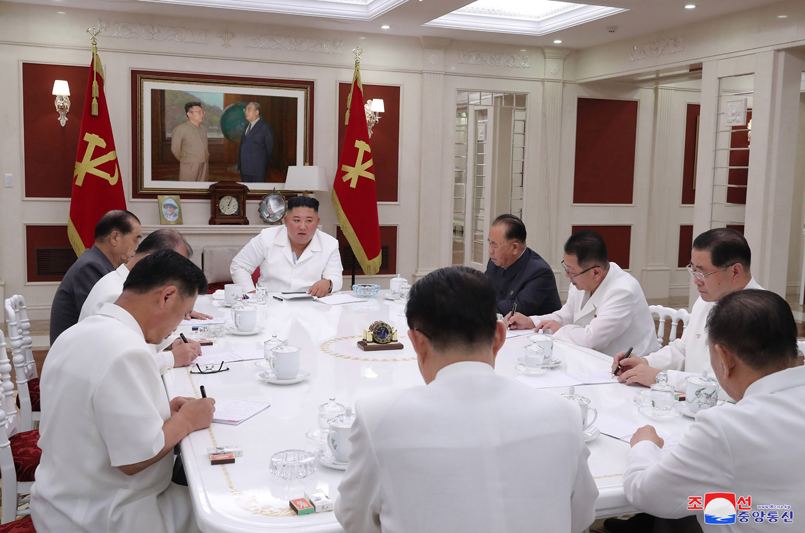 Kim Jong Un, chairman of the WPK, chairman of the State Affairs Commission of the Democratic People’s Republic of Korea (DPRK) and supreme commander of the armed forces of the DPRK, was present at the meeting.

The meeting also appraised the work of cadres in major offices of the government and discussed relevant measures.

Then the meeting heard a report on the anti-epidemic work and the situation in Kaesong City that is completely locked down under the state’s maximum emergency system, discussed and decided on the Party Central Committee’s special supply of food and funds to the city to stabilize the living of its citizens, and instructed relevant field to take immediate measures in this regard.

In addition, the Executive Policy Council of the Central Committee of the Party discussed the practical affairs arising in the internal work of the Party and approved their execution.

Making conclusions on the matters discussed at the meeting, Kim Jong Un called upon the members of the Executive Policy Council to decisively improve the works of the fields in their charge by displaying high sense of responsibility and devotion, and organize and do every work in a revolutionary way as required by the idea and policy of the Central Committee of the Party by maintaining the correct orientation and the pivot in their works for faithfully implementing the decision of the Central Committee of the Party and by scrupulously organizing the work to do so.