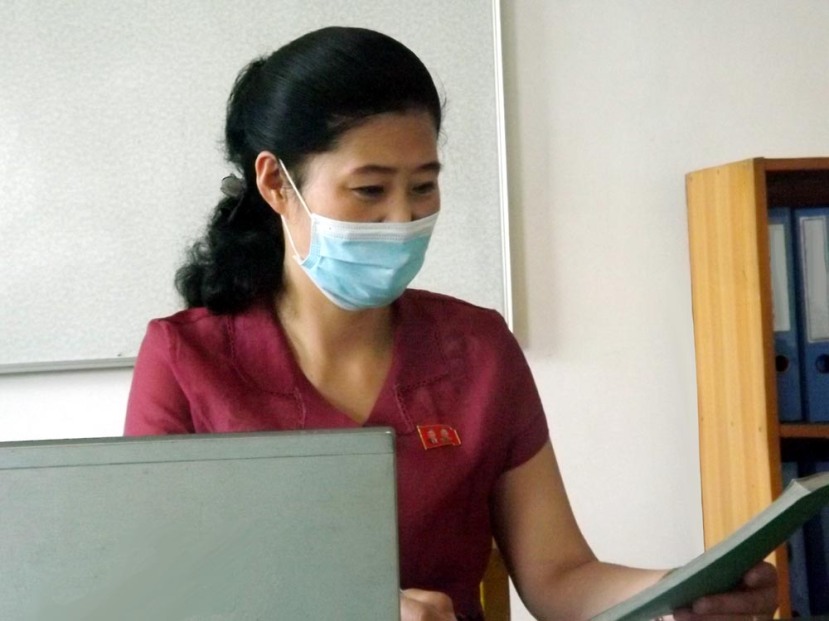 A student of the Kim Chol Ju University of Education was hospitalized at the Songyo District People’s Hospital in the capital city Pyongyang in May. A middle-aged woman called on him every morning as well as on holidays, carrying tasty foods with herself. Though busy on her way to work, she would inquire after him and sometimes, come to the hospital with precious tonics.

Her devotion was so sincere that other inmates in his room asked him who she was. He answered; “She is our teacher.”

She is teacher Pae Yong Sim at the Kim Chol Ju University of Education.

During her university days she devoted herself to a special-class disabled soldier-girl in Taedonggang District and so, she was called a praiseworthy girl for her beautiful deeds.

With such beautiful mind she devoted herself to the students after she became a teacher of the university.

One year she called on a woman in childbed on behalf of her disciple in a province for educational practice to congratulate her who gave birth to a child. She prepared a wedding table for a discharged soldier-student, wishing him a happy future.

Pae Yong Sim always treats her disciples with smile. That is why when she saw a student with poor ability, she found fault in her teaching method and worked throughout the night to create a new one for the student.

In those days, many students were awarded academic degrees. When the students feel sorry to her who was quite exhausted after guiding their study, she says mother doesn’t regard the work for her children as a burden.

Teacher Pae Yong Sim, who started her career in her early 20s, has disciples older than her and at the age of 17. She has been devoting herself to the students almost every day for more than 20 years and she was kept in the hearts of her disciples as their mother and sister.

So the disciples call on their teacher whenever they are happy or difficult.
Most of her disciples have become teachers.

They are teaching students, picturing to themselves the image of their teacher kept in their hearts.