County Prospering by Dint of Self-Reliance

The Kumya River rises in Kidae Peak dividing Yangdok County in South Phyongan Province and Sudong Ward in South Hamgyong Province and flows through Yodok and Kumya counties to empty into the Songjon Bay of the East Sea of Korea.

Officials and people in Kumya County have made strenuous efforts to turn it into a treasured river bringing happiness.

After several years of endeavours they completed the construction of a medium-sized power station in the area of Ryongwon-ri last year.

The area is rich in hydroelectric power resources even in the dry season, as it has the water drained on a regular basis from the Kumyagang Army-People Power Station up the river and the streams flowing down through valleys. It also has a solid ground to guarantee stability and security of structures.

With the completion of the power station, the county can fully satisfy the local demand for electricity to develop the county’s economy and improve the living standards of the residents, supply sufficient water for drinking, industrial use of irrigation, prevent damage from flooding, and spruce up the surrounding landscape.

Officials and workers of the power station are putting an emphasis on managing water and machines in a scientific and technological way, upgrading the power output of generators and perfecting the supply system, thus increasing the electric power generation.

The Kumya Youth Livestock Farm, located some 12km from the county seat toward the upper reaches of the Kumya River, offers a fine array of animal sheds, a panorama of natural and artificial pasture in surrounding mountains and hills, and large herds of goats and sheep leisurely gazing on them.

The farm pushes forward the raising of goats, sheep, rabbits and other grazing animals by a proper combination of collective and individual breeding methods.

The county has also the Kumya Cattle Farm on the lower Kumya River.

The cattle farm has several hundred hectares of the grazing land thick with feed crops for preparing quality fodder to keep milk production on a normal basis even in winter. 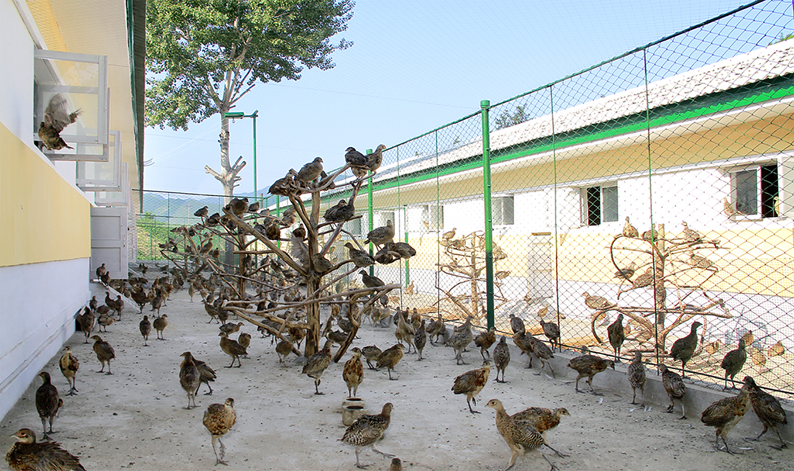 The livestock farms in the county are provided with regular systems of rearing superior breeding stock and adopting veterinary and anti-epizootic measures as well as sci-tech learning spaces for making all the farmers well versed in science and technology in livestock farming.

They have modern milk-processing bases and their products enjoy popularity.