Consolidating the National Power in Every Way 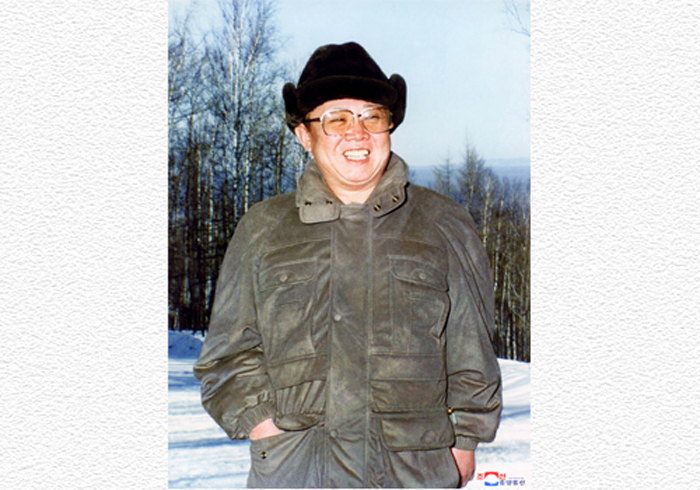 April 9 is a meaningful day when the great leader Kim Jong Il was elected Chairman of the National Defense Commission of the Democratic People’s Republic of Korea.

On the day every year, the Korean people look back with deep emotion upon the course of revolution in which they emerged ever-victorious with Kim Jong Il at the head of the Republic.

Kim Jong Il‘s election as Chairman of the National Defense Commission on April 9, Juche 82 (1993) was an eruption of the Korean people’s absolute trust in and ardent loyalty to him and a political event of epochal significance in advancing and developing socialist Korea and accomplishing the revolutionary cause of Juche.

Thanks to the historic day, the DPRK could become an invincible politico-ideological power and military power and its people powerfully demonstrate the dignity and might of the nation all over the world while actively overcoming the unprecedentedly severe difficulties.

Ryu Sun, Chairwoman of the Pothonggang District People’s Committee in Pyongyang City, says: “The 1990s was the hard time when our country was faced with the worst trials.

At the critical time of deciding the destiny of the country and people, Chairman of the National Defense Commission Kim Jong Il most perfectly solved all problems arising in the state building and activities with his profound idea and theory and outstanding leadership.

It is his immortal exploits that he established the state machinery centring on national defense in line with the requirements of changed reality and prevailing situation and opened a new era of building a powerful socialist country with the might of Songun (military-first) politics.”

Leading the Korean revolution at the highest position of the National Defense Commission, Kim Jong Il demonstrated the DPRK as an independent fortress with high international prestige and influence and made the DPRK a dignified country of the people.

He also strengthened and developed the DPRK into a promising state with powerful independent national economy and self-reliant defence capability.

In particular, he fully applied his original Songun politics and thus strengthened and developed the People’s Army into an invincible revolutionary army and more firmly consolidated the single-hearted unity of the society and the might of the great army-people unity.

Therefore, he was elected the eternal Chairman of the National Defense Commission of the DPRK at the Fifth Session of the 12th Supreme People’s Assembly on April 13, Juche 101 (2012), representing the unanimous will and desire of the Korean people to glorify forever precious exploits of Kim Jong Il who defended the destiny of the country and people and laid a firm foundation for prosperity of the DPRK.

Today, his patriotic desire to make Korea a powerful country is brilliantly realized under the wise guidance of the respected supreme leader Kim Jong Un.

In the future too, the Korean people will defend and add eternal brilliance to the idea of Kim Jong Il on state building and his exploits and wage a vigorous struggle for prosperity of the DPRK and accomplishment of the revolutionary cause of Juche under the leadership of Kim Jong Un.