It happened in February Juche 107 (2018) when the respected supreme leader Kim Jong Un guided the trial run of a trolly-bus newly made in the Democratic People’s Republic of Korea.

Kim Jong Un personally came out to the spot for the trial run deep at night despite cold weather, who was greeted by officials of the trolly-bus factory.

Cha Ki Chol, Workshop Head of the Pyongyang Trolly Bus Factory, says: “That day the respected Marshal Kim Jong Un got into the trolley-bus, saying he could feel at ease when he tried it out first as it is a trolley-bus to be taken by the people.

Saying it is impossible to judge the performance of the new trolly-bus only by its external appearance, he called on the accompanying officials to carefully study altogether if there are any shortcomings from the viewpoint of the people who will take it.”

Kim Jong Un, sitting on a chair by the window and standing at the bus, carefully checked if there is any fault for a while.

Then, he let officials sit on the chair where he had seated himself, asking if there is anything insufficient.

The officials could not know the reason. Looking around at them, Kim Jong Un, pointing at the protection rail, said it had been set up to touch the shoulders and gives inconvenience to the people. 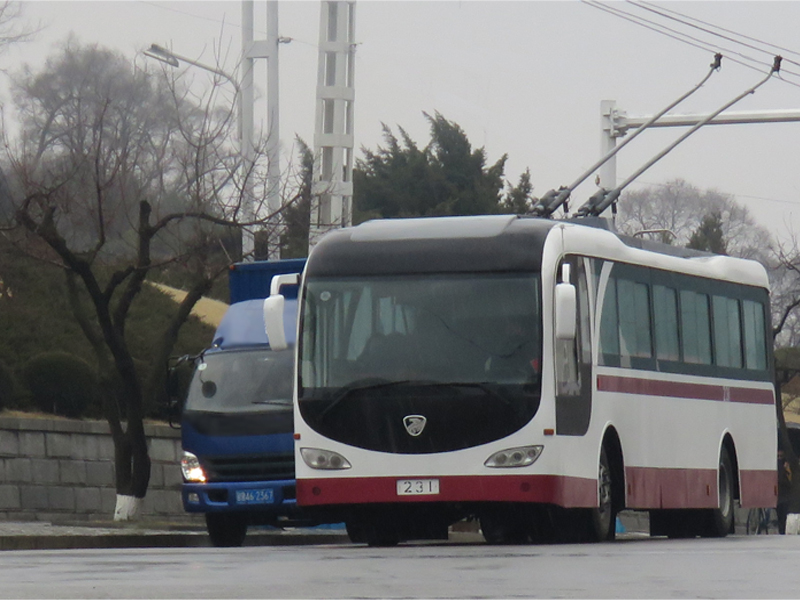 As a matter of fact, when manufacturing the trolly-bus, the officials and technicians of the factory had installed the protection rail in the middle part of the window to protect the window and promote the people’s conveniences.

But the protection rail could never pass the careful eye of Kim Jong Un who always deals with all things, big and small, from the standpoint of the people.

This is how the trolly-buses are now running along streets of the capital city, providing the people with full conveniences.