Speech Made Before Workers 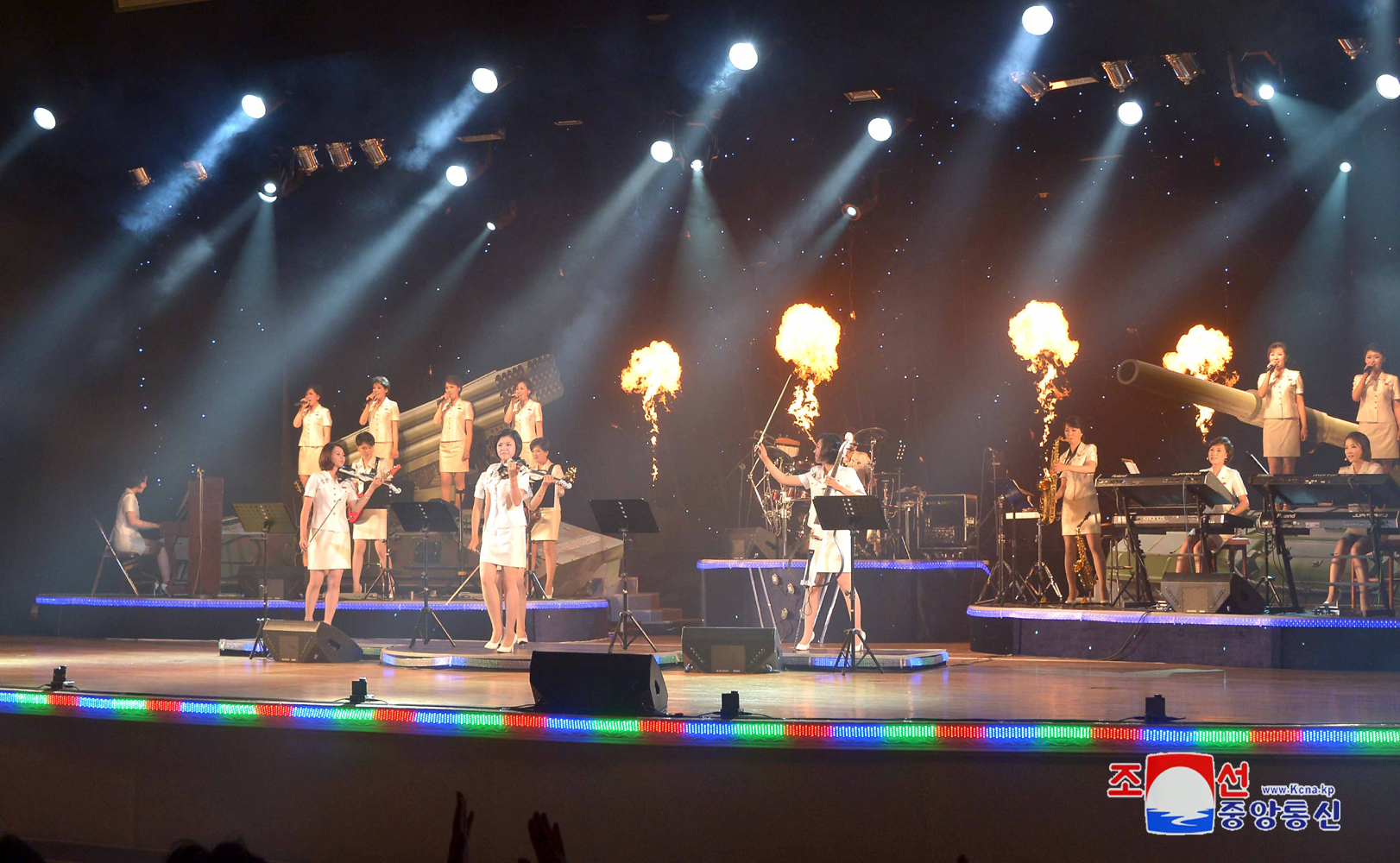 In the past the workers of the province remained loyal to the fatherland with great successes in production.

Looking round the factories, he highly appreciated the invariable patriotism of the workers and arranged for them to enjoy a performance of the authoritative Moranbong Band.

After the performance was over, Kim Jong Un made a historic speech.

He said he was very pleased to enjoy a performance of the Moranbong Band together with workers of Jagang Province, and continued:

I was greatly encouraged to look round factories in Kanggye City and redoubled my resolve to make revolution better together with the reliable workers.

I hope that the workers of Jagang Province would firmly carry forward the proud tradition of working hard. I wish you glory all the time.

His speech touched the heartstrings of all the participants.

It was the faith and will of the workers in Jagang Province that when they are trusted by Kim Jong Un, they have nothing to be afraid of and nothing impossible to do in the world.