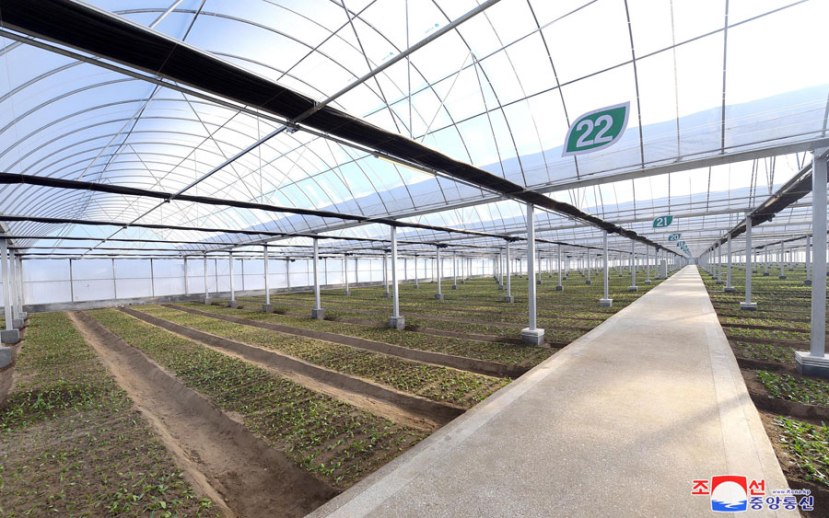 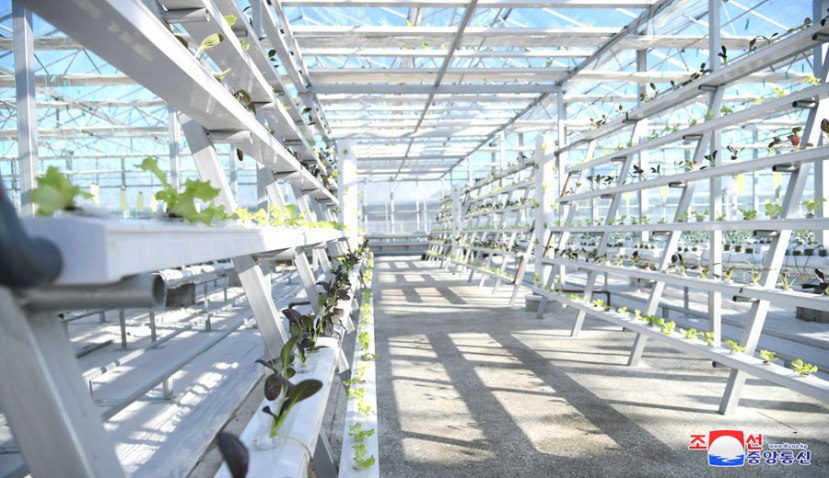 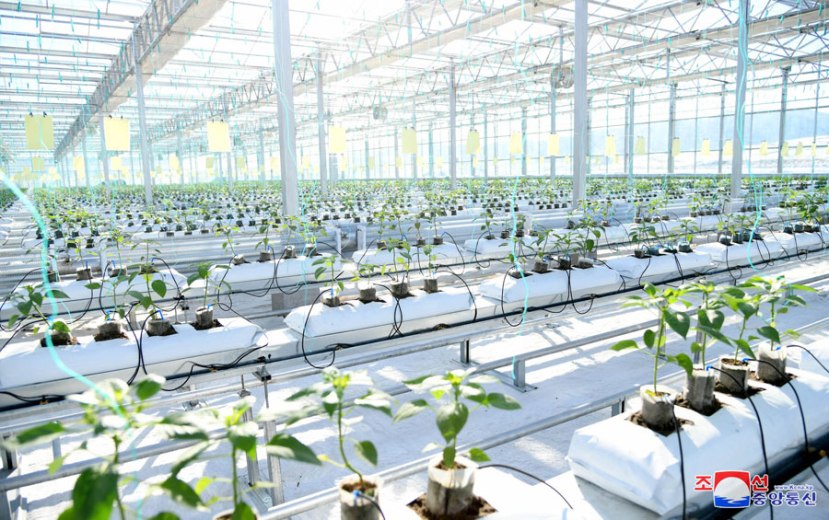 At its inaugural ceremony, Supreme Leader Kim Jong Un said that there are geographically far and near places but the people are all close to him, adding that he would have nothing more to desire if the vegetable greenhouse farm contributes to the diet of the people in North Hamgyong Province.

North Hamgyong Province is not suitable for vegetable farming due to the effect of unfavorable climatic conditions.

In order to supply the inhabitants of the province with fresh and nutritive vegetables in all seasons, the Supreme Leader took a step to withdraw a military base from the area two years ago and selected the site for the greenhouse farm by visiting the province twice in one month. And he placed its construction upon the Korean People’s Army and fixed the size of the farm.

Guiding the construction, he said that it is essential to meticulously operate and manage the farm so as to show its vitality as a highly intensive vegetable production base directly related with the improvement of the people’s dietary life.

He also stressed the need to introduce advanced cultivation technology and method to raise the vegetable yield and activate production so that the inhabitants in North Hamgyong Province can benefit greatly from the farm.

Under the leadership of the Workers’ Party of Korea which regards the people-first principle as the main idea of its activities, a new history of creation and changes for people’s civilization and promotion of their well-being has been made without letup in the country.