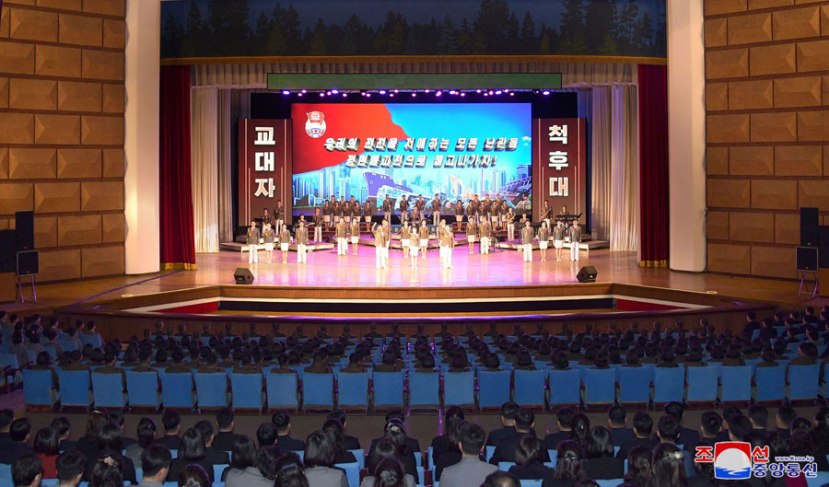 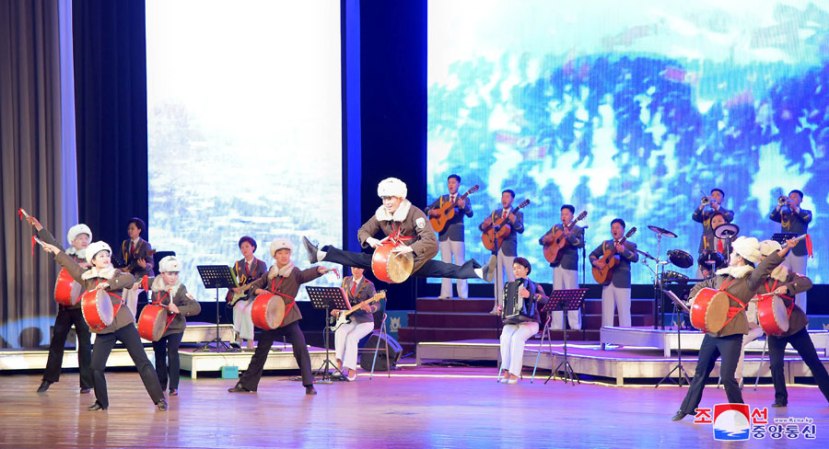 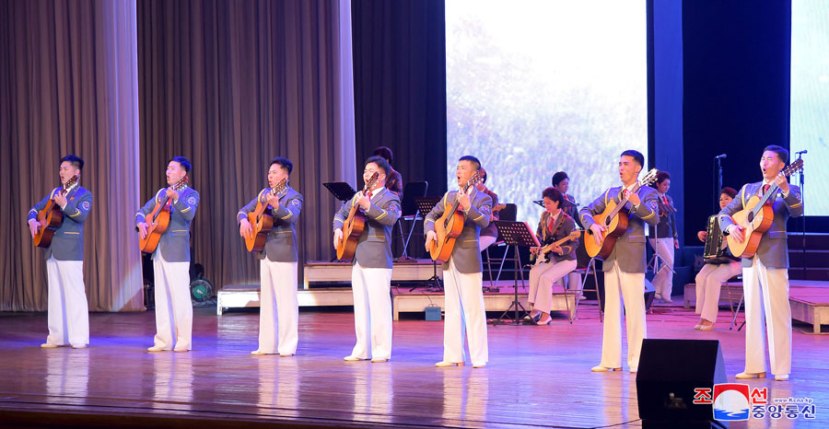 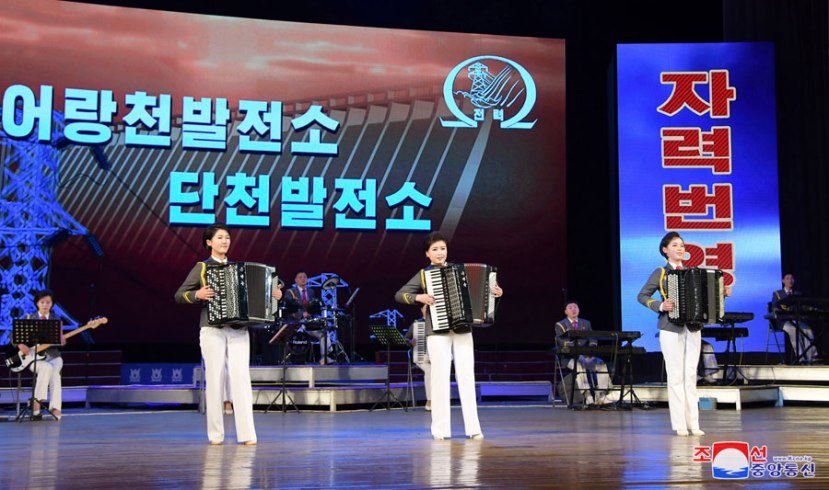 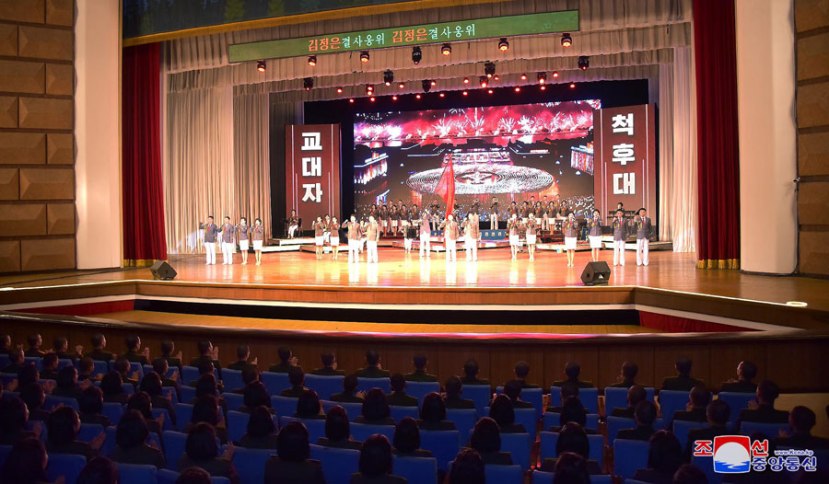 The art squad of the Central Committee of the Kimilsungist-Kimjongilist Youth League gave a performance at the Central Youth Hall on Thursday to mark the 74th founding anniversary of the youth league.

Put on the stage were colorful numbers dealt with the exploits of the Workers’ Party of Korea.

The performance impressively depicted the ideological and mental world of the Korean youth who uphold the cause of the Party and inspired conviction of victory in the mind of them who open a new broad avenue to socialist construction while overcoming all sorts of challenges and difficulties to the advance of revolution.