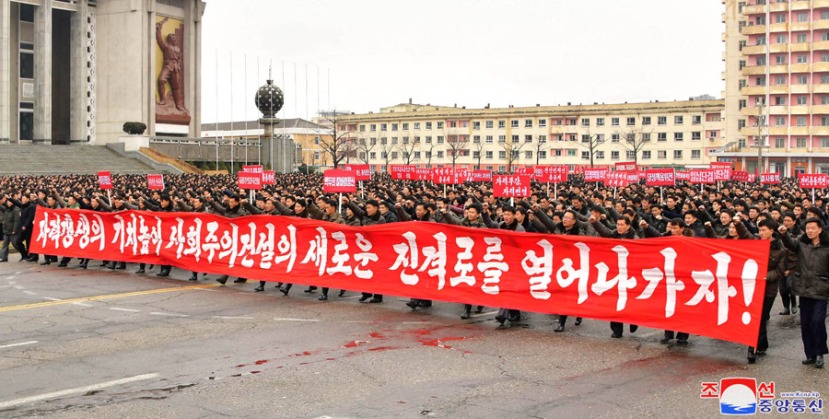 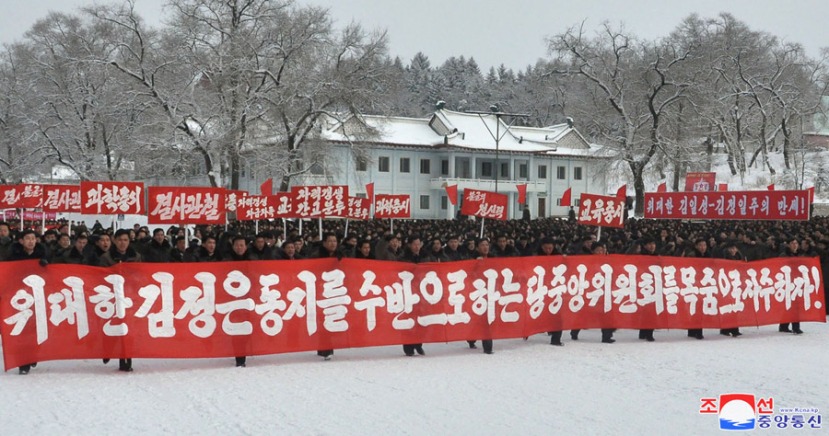 Rallies were held in Kangwon, North Phyongan, South Hamgyong, and Ryanggang provinces to pledge to thoroughly implement the tasks set forth at the Fifth Plenary Meeting of the Seventh Central Committee of the Workers’ Party of Korea.

Attending the rallies were officials of Party and power organs, working people’s organizations, industrial establishments, farms and universities and working people and students.

Speakers at the rallies said that the report made by Supreme Leader Kim Jong Un at the Fifth Plenary Meeting of the Seventh Party Central Committee is an immortal programme reflecting the steel-strong faith and will of the peerlessly great man to break through head-on all the barriers to our advance and open the road to victory of the revolutionary cause of Juche.

They called upon all to turn out in the drive to carry out the decisions of the plenary meeting and become pioneers and standard-bearers in today’s offensive for making a breakthrough head-on under the unfurled banner of self-reliance and self-sufficiency.

They underscored the need to cherish the validity of the WPK’s great idea of making a breakthrough head-on and the inevitability of its victory as the truth, overcome the difficulties with the indomitable revolutionary faith, ardent patriotism and indefatigable fighting spirit and thus win world-startling victories one after another in achieving the prosperity by dint of self-reliance.

Then, there were demonstration marches.