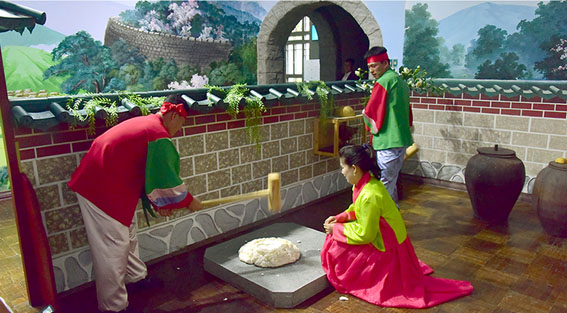 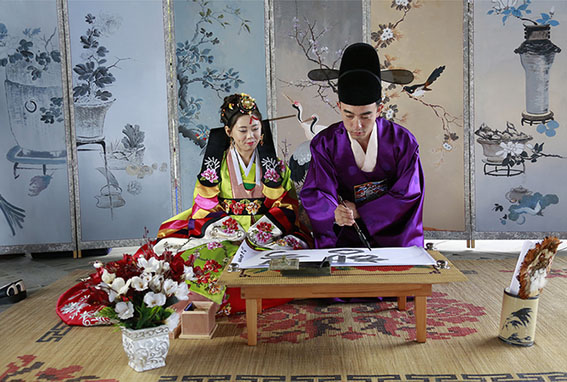 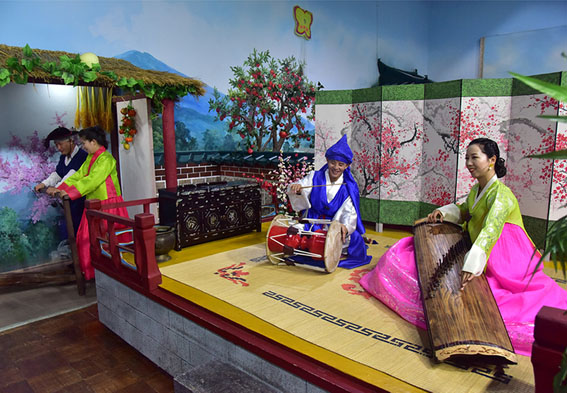 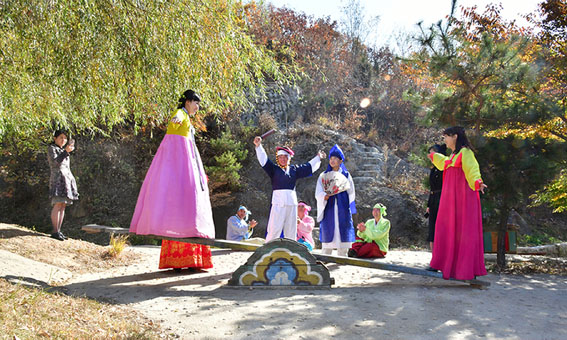 Pyongyang, capital city of the Democratic People’s Republic of Korea, boasts a time-honoured history and many scenic spots.

Among them is the Ryongwang Pavilion on the bank of the Taedong River. It is known as one of the eight scenic spots in Kwanso, the northwestern part of the country.

There are other historical and cultural relics such as the Taedong Gate and Pyongyang Bell in the vicinity of the pavilion, attracting a lot of people.

And, since the national heritage conservation agency under the Pyongyang Municipal People’s Committee started service activities to make people experience time-honoured folk customs of the Korean nation, the area has become one of favourite haunts for the people.

People can wear national costumes which they would see at history and folk museums and play the kayagum and other traditional musical instruments.

Some are seen writing letters or poems with a brush dipped in ink as those of old days would do.

It is also noticeable that many young couples during their wedding ceremony visit the pavilion to experience the traditional marriage custom.

An official from the agency says that not only the elderly but also young people and schoolchildren frequent the place to experience the national customs and develop the feeling of valuing the time-honoured history and folk customs of the Korean nation. Seeing them, we find the worth of our work, the official adds.

The practice of experiencing folk customs is a striking sight in many other places of Pyongyang, such as Sungnyong Shrine for holding memorial service of Tangun, founding father of the Korean nation, located at the foot of Jangdae Hill, and Mt Ryongak.

Overseas Koreans and foreigners who visit Pyongyang keep admiring that the Korean people cherish the will to carry forward the excellent traditions of the nation.