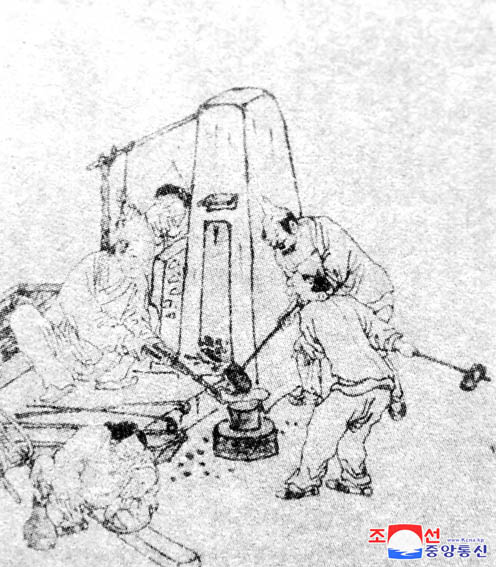 The Korean nation with a long history spanning 5,000 years has produced many talented persons.

Among them is Kim Hong Do, a realistic artist who contributed to putting the paintings of Korea in the latter half of the 18th century on a higher stage.

He was engrossed in drawing from his childhood to show his outstanding talent at the age of ten.

He displayed his distinguished qualification and mellow art of drawing in figure painting, genre painting in particular.

He opened up a new path for the development of genre paintings.

He drew many paintings reflecting landscapes and animals.

All his works are characterized by correct sketch, fantastic and expressive composition, individuality and powerful and beautiful stroke.

Pictures in the national classic Muyedobothongji (Illustrated Book of Martial Arts) were also drawn by him. The classic was registered as the world’s heritage at UNESCO in October Juche 106 (2017).