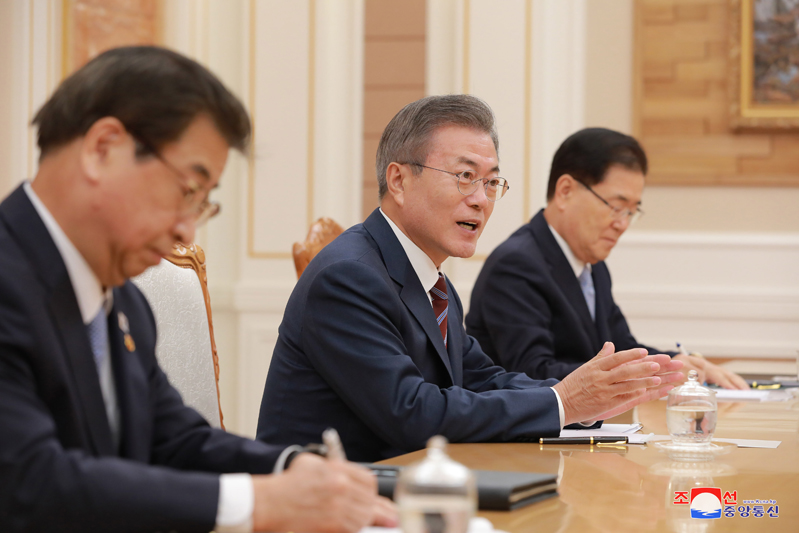 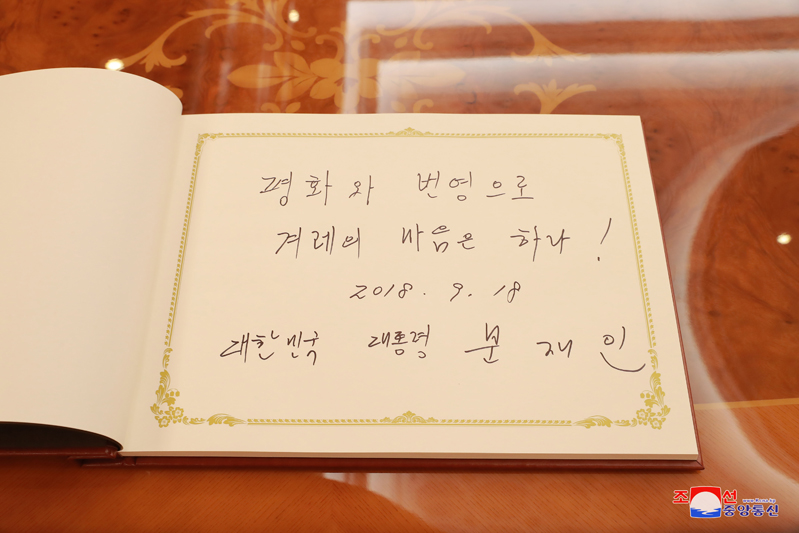 There took place the fifth north-south summit at the office building of the Central Committee of the Workers’ Party of Korea on September 18.

Supreme Leader Kim Jong Un warmly greeted President Moon Jae In who visited the office building of the WPK and had a souvenir photo taken with him.

Before the talks, President Moon wrote in a guest book of the office building in commemoration of the historic Pyongyang north-south summit; “Single is the mind of all fellow countrymen for peace and prosperity! September 18, 2018. President of the Republic of Korea Moon Jae In”

At the talks there was an in-depth exchange of opinions on various issues arising in further accelerating the development of the north-south relations by honestly implementing the Panmunjom declaration in an all-round manner.

The Supreme Leader and the presdient highly appreciated the present state of the north-south relations positively developing on good terms after the two meetings and talks held successfully this year, and had a frank and candid conversation over important matters of mutual concern.

Present from the south side were Jong Ui Yong, chief of the State Security Office of Chongwadae, and So Hun, director of the Intelligence Service.