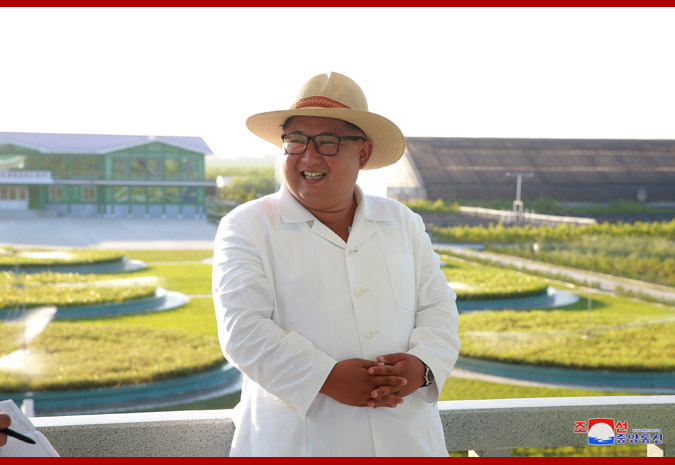 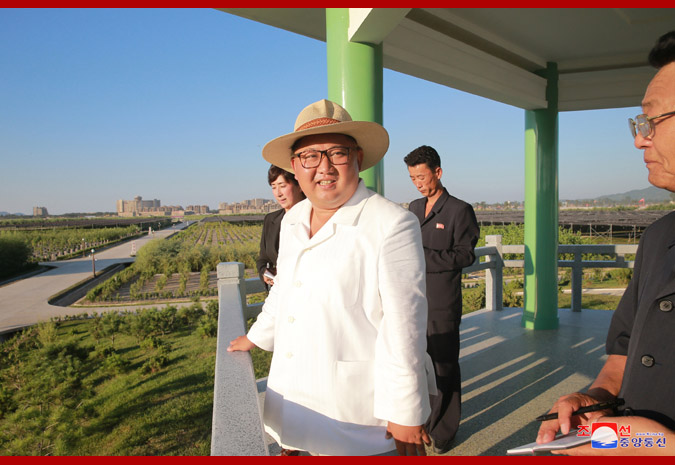 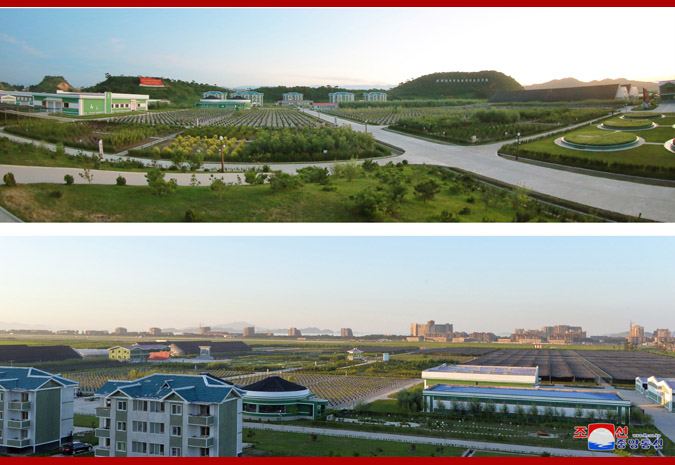 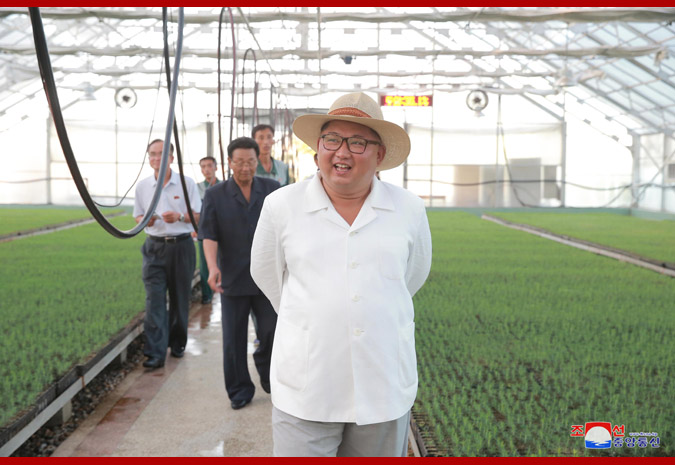 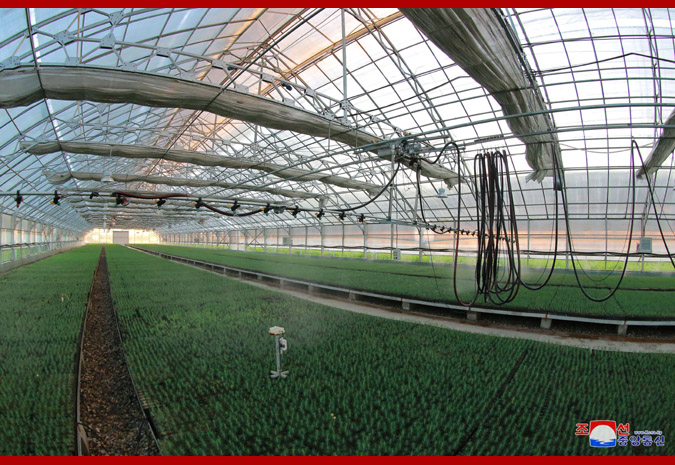 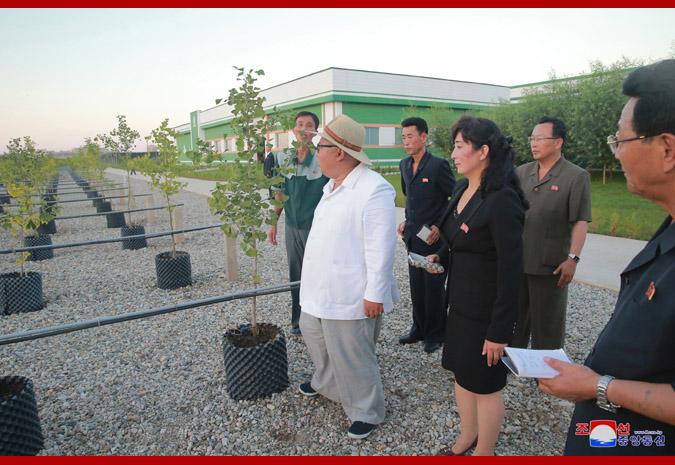 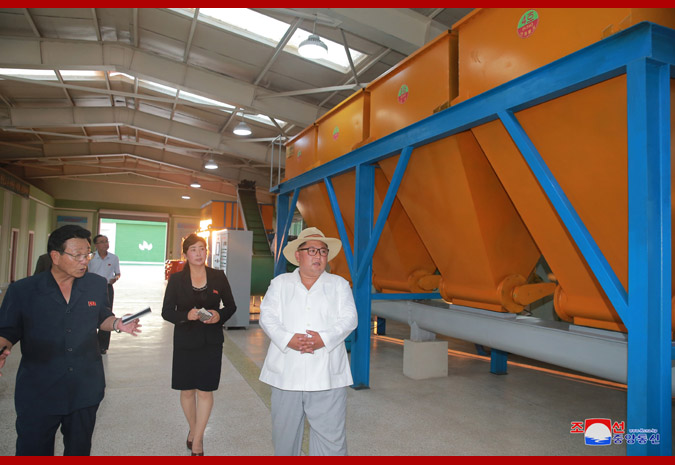 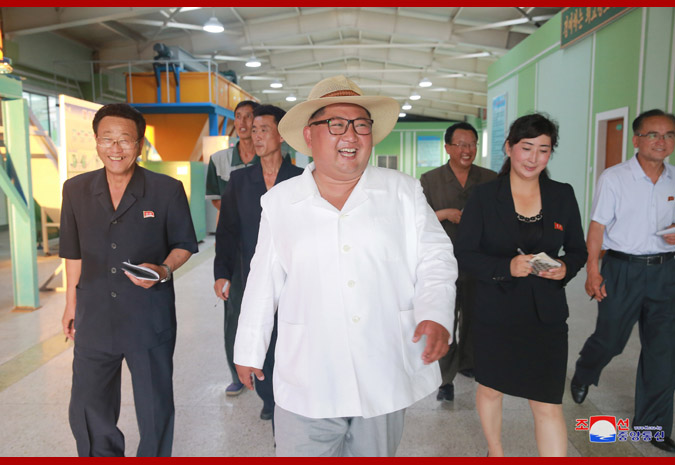 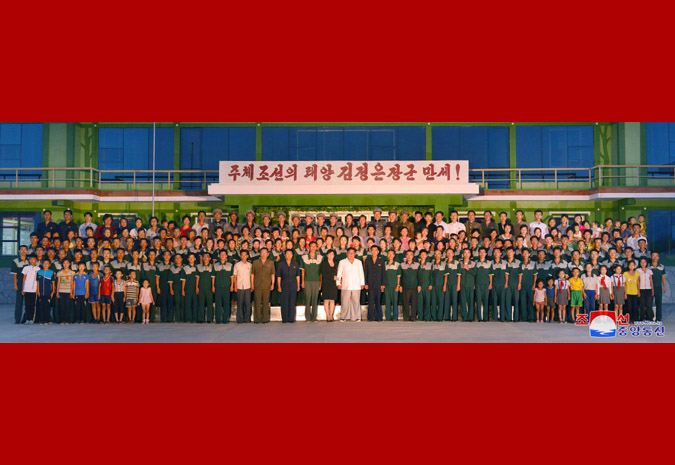 He went round various places of the nursery.

When he inspected the Tree Nursery No.122 run by the Korean People’s Army, in which the production of tree saplings is put on a perfect scientific, industrial and intensive basis, two years ago, the Supreme Leader advanced the tasks for each province to build a modern land-saving and manpower-saving tree nursery capable of turning out twenty millions of saplings a year like the Tree Nursery No.122 and make the Kangwon provincial tree nursery a model and standard of nurseries to be built in provinces. And he took such detailed measures as provision of designing, construction, funds, materials and equipment and has wisely guided the work for building tree nurseries.

Expressing great pleasure over the fact that another large-scale base capable of producing more than twenty millions of saplings a year was successfully built, he noted with high appreciation that Kangwon Province completed a huge project in a short span of time and properly took measures for matters arising in managing and operating the tree nursery in the last one year and thus built up a material and technical foundation for safe production of saplings.

Saying that the rich forest resources are a precious asset for economic construction, he stressed it is necessary to build the tree nursery, which is like an arsenal for the forest restoration campaign for turning all the mountains in the province into gold mountains and natural raw material base, as a grand edifice of eternal value impeccable in the distant future, too, and to produce saplings on a large scale.

Noting that if the newly-built imposing tree nursery fails to produce tree saplings to its full capacity, it will be of no use, he called for putting the production of saplings on a higher scientific basis, ensuring two rounds of production in a year and thus producing and supplying more saplings of good species which are of high economic and ornamental value and suited to the climatic and soil conditions of the province to substantially benefit from tree planting and make them prove effective.

He called for finishing at an early date the construction of tree nurseries now underway in provinces on the basis of the achievements and experience gained in building a model nursery which has put the production of saplings on a higher scientific, industrial and intensive basis.

He stressed the need to conduct on a regular basis the technical study through sci-tech learning space and set up experience-exchange and tele-consultation system among tree nurseries so as to further raise the level of technology and skills of the employees and actively develop and perfect the advanced sapling cultivation technology.

Noting that administrative building, conference hall, general amenities and dwelling houses of employees were built at the same high level as those built by a central professional construction unit, he stressed the need to meet the requirements of the developing times and suit the level of high civilization as desired by the people even in building a dwelling house.

He visited a house of discharged couple who are employees of the nursery on that day where he talked to them to take good care of their life.

Saying that he was very satisfied to go round the nursery, he pointed out that the people in Kangwon Province have distinguished fighting spirit and mental world as they take the lead in upholding the Party’s calls with devotion and are ready to turn out as one in the drive for implementing the Party policies. He added that he could not but admire them for building such a huge nursery under difficult conditions where everything is in need, and that he is pleasing to give assignments to the Kangwon Provincial Party Committee as it always takes the lead in implementing the Party policies and he wants to help even a bit its officials exerting themselves to do even one more thing. He took such warm solicitude of making sure that problems urgent for the economic work of the province are solved on the spot.

He had a photo session with the officials and employees of the nursery, expressing belief that they would put the production of tree saplings on a high-level and regular basis with high sense of responsibility of being outpost and scout men in charge of the forest restoration campaign and thus make active contribution to turning the whole country into thick woodland.

He was accompanied by Hwang Pyong So, Han Kwang Sang and Jo Yong Won, senior officials of the Central Committee of the Workers’ Party of Korea.